Back to all resources
Resources >Articles >
Insider-led fundraising
Tags

Why we raised an insider-led round and you should too

During the 12+ year fundraising bull market that ended in Q1 2022, insider-led rounds were not something to talk about in polite company. They happened more than anyone cared to discuss, but they weren’t something a high growth startup would announce publicly.

Even in that flush funding environment, this faux pas struck me as odd. While there is certainly a point where bringing in new investors and new viewpoints is a critical step, there can also be a number of reasons why an entrepreneur might opt for an insider-led round:

For all of those reasons, we just closed a new $4.2m round led by our previous lead investor Javelin Venture Partners, with super pro rata participation from other existing investors Founders Fund (who led our first round), Zoom, and Merus Capital.

While we were thankful for the support and happy with the terms, we didn’t want to miss out on the primary benefit of bringing on new investors, which is to expand our network and access a wider array of expertise.

So to have our cake and eat it too, we made room for a strong cadre of new follow-on investors including GTMfund, 10xFounders, Shorewind Capital, Moving Ventures, Leblon Ventures, Mana Ventures, and Gaingels.

A personal POV on insider-led rounds

My rosy view of insider-led rounds is somewhat shaped by my personal experience. At my last company, AdRoll (now called NextRoll), we closed a $4m series A in August of 2008, literally a few weeks before Lehman and Bear Stearns imploded, setting off the financial crisis. In the 2012-2022 era, that would have barely been called a Seed.

However, thanks to a culture that was already scrappy by nature (one of our core values at AdRoll was “do more with less”) and an insider-led round along the way (thanks Merus!), AdRoll was able to become a category leader and scale from 3 to 500+ employees and +$200m revenue despite not raising outside capital for 5 years. I always took this as a point of pride.

Today's fundraising environment is not what you would expect

Today, the world looks far more like 2008 than 2018 and the downturn I experienced 14 years ago provided many gifts that — with the generosity of hindsight — I can sense viscerally today:

Ultimately, building a company during this time ended up being a massive blessing in disguise for our culture, our customers, our company, our personal development, and ultimately our investors.

As we enter a similar moment in the timeline of WorkPatterns, we look forward to focusing on solving real problems for our customers, and putting execution ahead of ego.

If you’re an entrepreneur facing similar challenges in your fundraising journey and want a neutral sounding board to talk to, don’t be afraid to reach out. You can connect with me on Twitter or send me an email.

To see through the next phase of our vision, we’re thrilled to announce a new $4.2m round of funding led by our existing investor Javelin Venture Partners, with super pro rata participation from other existing investors Founders Fund (who led our first round), Zoom, and Merus Capital.

360s are now available in WorkPatterns—simplifying what it takes to gather the crucial feedback people need to grow personally and professionally. 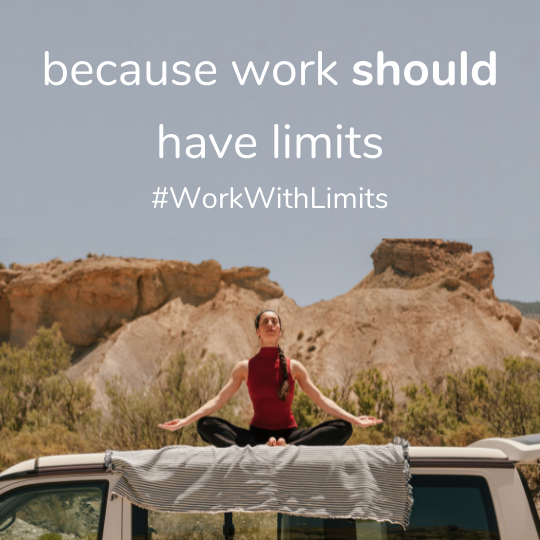 Work should have limits!

Should we want to work without limits? Haven’t so many people been pushed to their limit over the past few years? Is it right to lean into the workaholic culture that is deeply penetrated into our society?

When we started WorkPatterns in 2018, with the mission to build a better toolkit for people management

Start having meetings that work together with WorkPatterns

Try for free
Book a demo